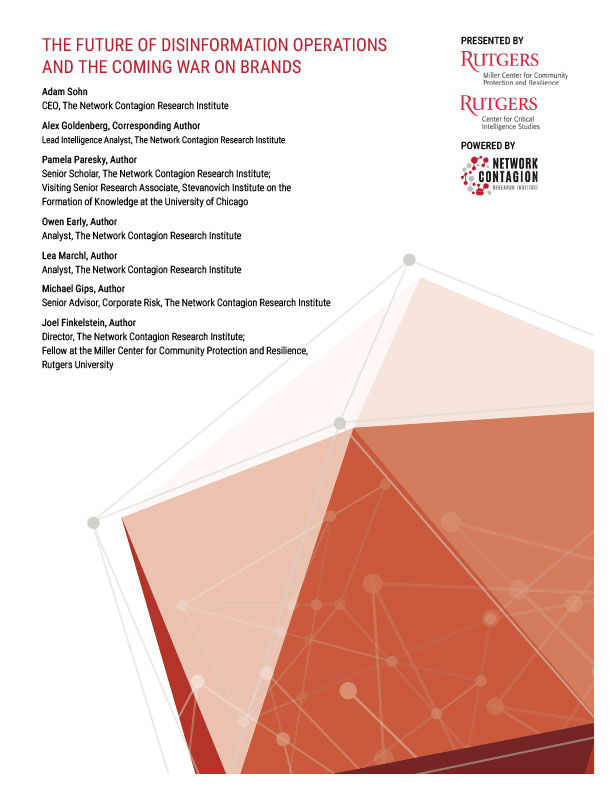 Disinformation has long been understood as a means of political warfare. Now it is being used in ways that damage Western corporations and economies. The actors and methods employed to influence elections and spread conspiracy theories in an effort to polarize the United States electorate are now being leveraged for economic warfare. Additionally, an economic disinformation industry is emerging in which disinformation services are provided to domestic and foreign actors. As economic and political benefits of disinformation attacks accrue, this trend is expected to continue.

Copy and paste this URL into your WordPress site to embed

Copy and paste this code into your site to embed